Kaleidoscope, Cincinnati
October 19, 2018
There’s a global conversation going on about the role of design and design firms in today’s fast-paced, budget-constrained world. Once dominant big brands that rely on long-term R&D and market-testing are being challenged by smaller, innovative brands, that face less red tape and fewer hurdles allowing them to get to market cheaper and faster. After years of building up scale to mirror this trend, many design firms have difficulty keeping up with the quick-paced demands of both multi-billion dollar corporations and money-strapped startups. But one company has been making a lot of noise in the creative space in recent years and has developed a methodology to deliver smart, thoughtful brand designs that companies can not only see, but also touch, feel and test quickly.

That company is Kaleidoscope.

“The old way of doing business just doesn’t work anymore,” says Gary Chiappetta, Partner & Chief Executive Officer. “Taking months to design, months to prototype, and months to test—it’s a model that our industry has operated under for years, but it’s no longer sustainable.”

“We’ve created something very different here,” said Dyfed “Fred” Richards, Partner & Chief Creative Officer of the Chicago-based company. “There are folks who do similar things to what we do, but of the six core disciplines needed in today’s design world—strategy and innovation, brand identity, packaging design, product and structural development, design implementation, and prototyping and mock-up—most firms can only do four of the six at most. We’re the only ones who can do all six.”

Tour around the facility and you’ll understand what Richards means. While there’s a very open floorplan, there are distinct quadrants, each one housing a different layer of the unique capabilities of the independently-owned Kaleidoscope. Around one corner you’ll find the designers and innovators. Around another, the 2D printers and mock-up artists. In quadrant three, the machines and craftsman who can generate 3D prototypes on site. And finally, real estate dedicated to keeping all the accounts in order. It’s a start-to-finish approach that’s streamlined a process for ideation to reach prototype and testing in days instead of months.

Much like the company’s multi-colored bullseye logo, it’s a colorful mix of disciplines brought together in one spot.

EVOLUTION OF A PROCESS

This year, several speakers and brands spoke on looking beyond the primary package and investing more time and effort in the full product life cycle. As we shift the thinking to a holistic and broader perspective of what it means to be sustainable, more opportunities arise that are realistic and can make an impact. While discussing the different aspects of the product life cycle like package optimization, food reduction, carbon reduction, and post-consumer recovery, Susan Robinson reminded to us to “Prioritize the efforts on where we can make the biggest impact.” 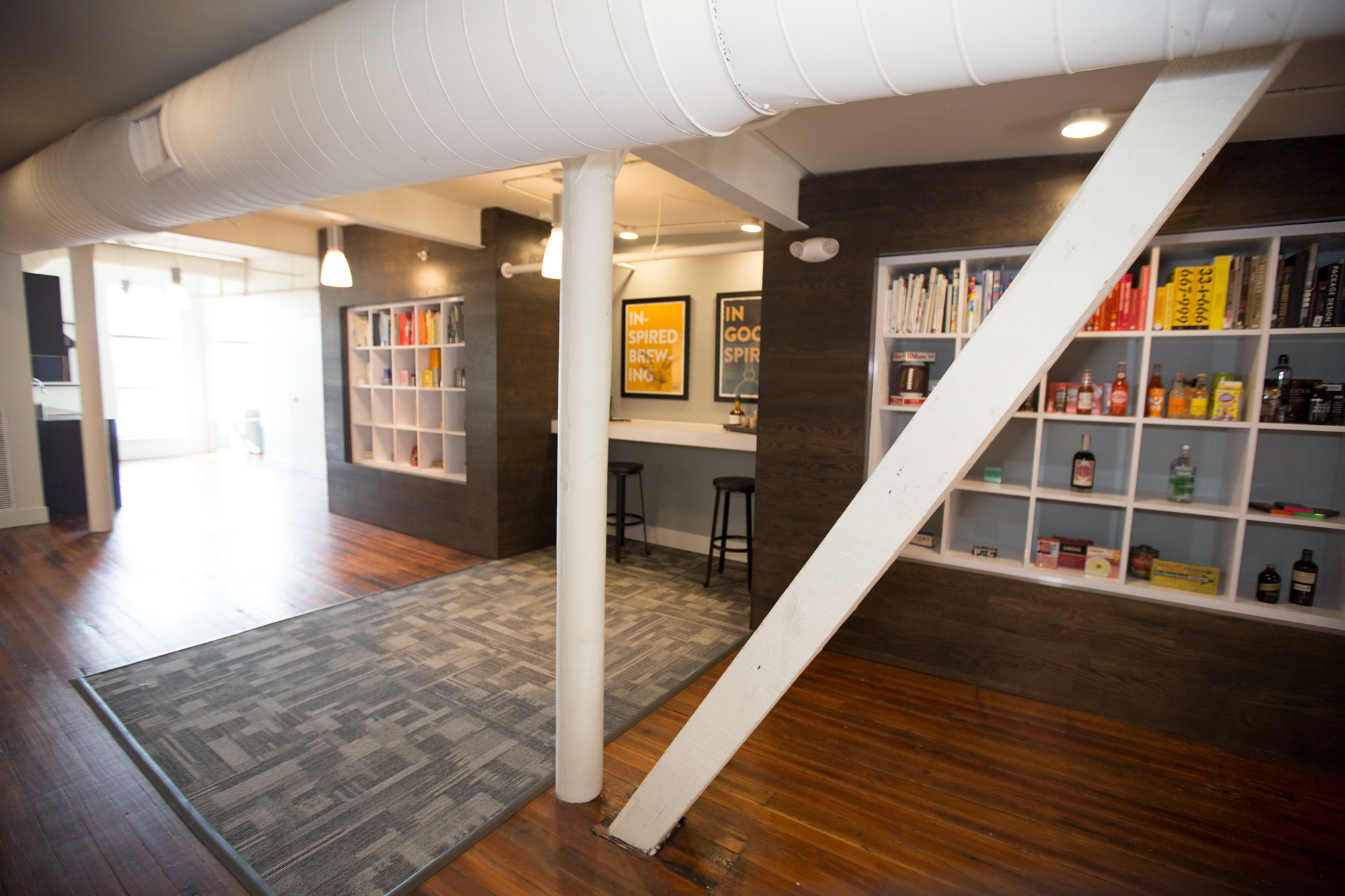 Kaleidoscope as it’s known today was originally a product of two individuals who brought different ends of the process and merged them into one. Hodapp started the company in 1992, with a focus on mock-up and prototyping—his brand of expertise. As projects developed, he found himself competing for work with Chiappetta, a packaging designer who had his own firm but was routinely spending more time with mock-ups than designing.

“I wasn’t doing any design work anymore, which I wasn’t a fan of,” said Chiappetta. “So when I met Bert who could do the prototyping, we decided to join forces in 1995 and focus on what each of us loved most.”

The two built the company with a focus on customer service. The more relationships they cultivated and the more they delivered, the more trust they accrued with clients. This led to a healthy growth of the business where, in order to retain that trust and deliver on promises—while also scaling up to meet the demand of their clients—they had to invest in more equipment and resources.

“We decided to keep everything in house for control and timing reasons,” says Chiappetta. “To keep your commitment to those who trust you, which was paramount to us, we wanted to make sure we were able to deliver without having to rely on others. As time went on, we didn’t want to have to waste resources by investing in big offices all over the place, so we started creating pop-up studios. Rent short-term space and bring the talent where it needs to be for the time it needs to be there.”

As the number of clients continued to build, Kaleidoscope added more designers, strategists and creative directors to the mix in their Chicago office. But as the needs of the company changed, so did the thinking on how to find and retain skilled personnel.

A key point of success for Kaleidoscope has been the talent it’s been able to attract—or, you could also say, the talent that is attracting Kaleidoscope to it. Last year, the company opened a small office in Cincinnati. It looked more like an apartment than an office—mainly because it was an apartment. It housed three artists who started on a freelance basis. These designers weren’t necessarily focused on clients in the area, so why did Kaleidoscope set up a pop-up office just north of the Ohio River?

“Because that’s where the talent is,” says Richards, who spent more than a decade working for a corporately-owned design firm in the Cincinnati. “In the 40s, 50s and 60s, if you were looking for car talent you’d go to Detroit. More recently, if you were looking for the best web development people, you’d go to Silicon Valley. Cincinnati has always been that consumer packaged goods, deep-rooted, design talent city—not just because of the global giant companies that are there, but also because of the universities and school surrounding that produce the creative talent needed to feed that machine. Those things attract national and international skillsets to the area, and I don’t think that’s something that outsiders understand about Cincinnati.”

Nearly every Kaleidoscope director echoed that statement, noting that the design schools at the University of Cincinnati, Northern Kentucky University and Miami University of Ohio produce some of the most skilled designers in the country. In addition, Cincinnatians own the same Midwestern values that are not only important to Chiappetta and Hodapp, but are non-negotiable to them as part of the culture of Kaleidoscope: Roll up your sleeves, work hard, show humility and take pride in what you do.

To the company, it made little sense to try and pry those talented, value-oriented people away from their families or constantly fly them to Chicago. Instead, Kaleidoscope made an investment to set up its own roots there.

That sentiment is not lost on its Cincinnati-based employees.

“I don’t know another agency that would open up an office based on the people and the talent in a city versus the clients you can get or service in that city,” says Jason Hargis, Creative Director in the Cincinnati Office. “That’s a conscious decision Kaleidoscope made and it’s a reason I believe we will continue to grow and continue to do exceptional work.”

The dividends of the Cincinnati talent, combined with Kaleidoscope’s unique all-in-one, feedback-early-feedback-often approach, has contributed to the accelerated growth of its business in an industry that’s seeing most firms downsize and consolidate. In fact, this month the company is moving its tiny Cincinnati office into a much larger space that can accommodate nearly twenty designers, project managers and other key people. The new studio offers multiple conference rooms, a wellness room, space for think-tank ideation and a back deck overlooking the city’s inspiring skyline that is set up for collaboration with clients. It’s a space designed not only to be a place where creatives and clients come to work, but a spot where creatives and clients want to come to work.

It’s a far cry from the minimal space in that tiny apartment.

BUILDING A CULTURE OF COLLABORATION

During the early days of Kaleidoscope, building relationships was an important part of finding success. Without earning the trust of clients, the company wouldn’t have been able to survive against the biggest players in the industry. But now that Kaleidoscope finds itself as one of the bigger players, it adheres to the belief that relationships are essential—not just in growing its client list, but also with its employees.

“If you work at Kaleidoscope you’re going to get your hands dirty. And we expect our clients to get their hands dirty as well,” says Richards. “That’s part of our workshop methodology and the relationship building. It’s collaborative and it allows for everyone to have a voice and be heard.”

An element that sets Kaleidoscope apart from other design and production firms is its breakout rooms, where everyone involved in the project—including the clients—is divided into several different spaces. Each is tasked with coming up with different solutions for the client’s problem. All are encouraged to come up with safe ideas, not-so-safe ideas, ideas based on market research, and ideas that challenge the boundaries of that brand and market. By having employees get involved in steps of the process like this, Kaleidoscope nurtures creativity and ownership that many other companies don’t.

“There are top agencies in Cincinnati, but many of these talented, creative people are looking for a collaborative work culture that isn’t present in most holding-company owned firms,” says Chiappetta. “Not only is it present at Kaleidoscope in our Chicago office, but it’s celebrated here. So these folks are asking for a Kaleidoscope environment without having to leave their home in Cincinnati. That’s another reason we opened an office there. And because of it we’re able to have our culture transcend and mirror itself in two different locations, something most companies have trouble replicating.”

“A big part of the reason that we’ve identified and hired the people we have in Cincinnati is because they fit that cultural dynamic,” says Weber. “We want the best people who fit with us and, when we find them, we work hard not to let them go.”

THE FUTURE LOOKS BRIGHT (AND COLORFUL)

Much like the different spectrum of colors in its logo, the strength of Kaleidoscope comes from the harmonious innerworkings of so many colors of its business. From ideation to problem solving to prototyping (early and often) to embracing its Midwestern roots of humility and hard work to hiring smart, skilled people who want to be a part of the culture to setting up shop where they live, each color of Kaleidoscope rainbow represents the unique ways in which it’s innovating for clients, employees and even itself. And that’s what separates Kaleidoscope from everyone else—it is driving the conversation on how to be a successful (and growing) design and production agency in today’s world.

“I think that’s an important point of difference,” says Weber. “Consumer brands are struggling because their products can take two-to-three years to get to market and agencies can’t move fast enough to keep up with smaller, more innovative startups who can get an idea and put it to market fast. We’ve built an infrastructure and a team to make it happen.

“We’re driving the change and gaining more and more clients because of it.” 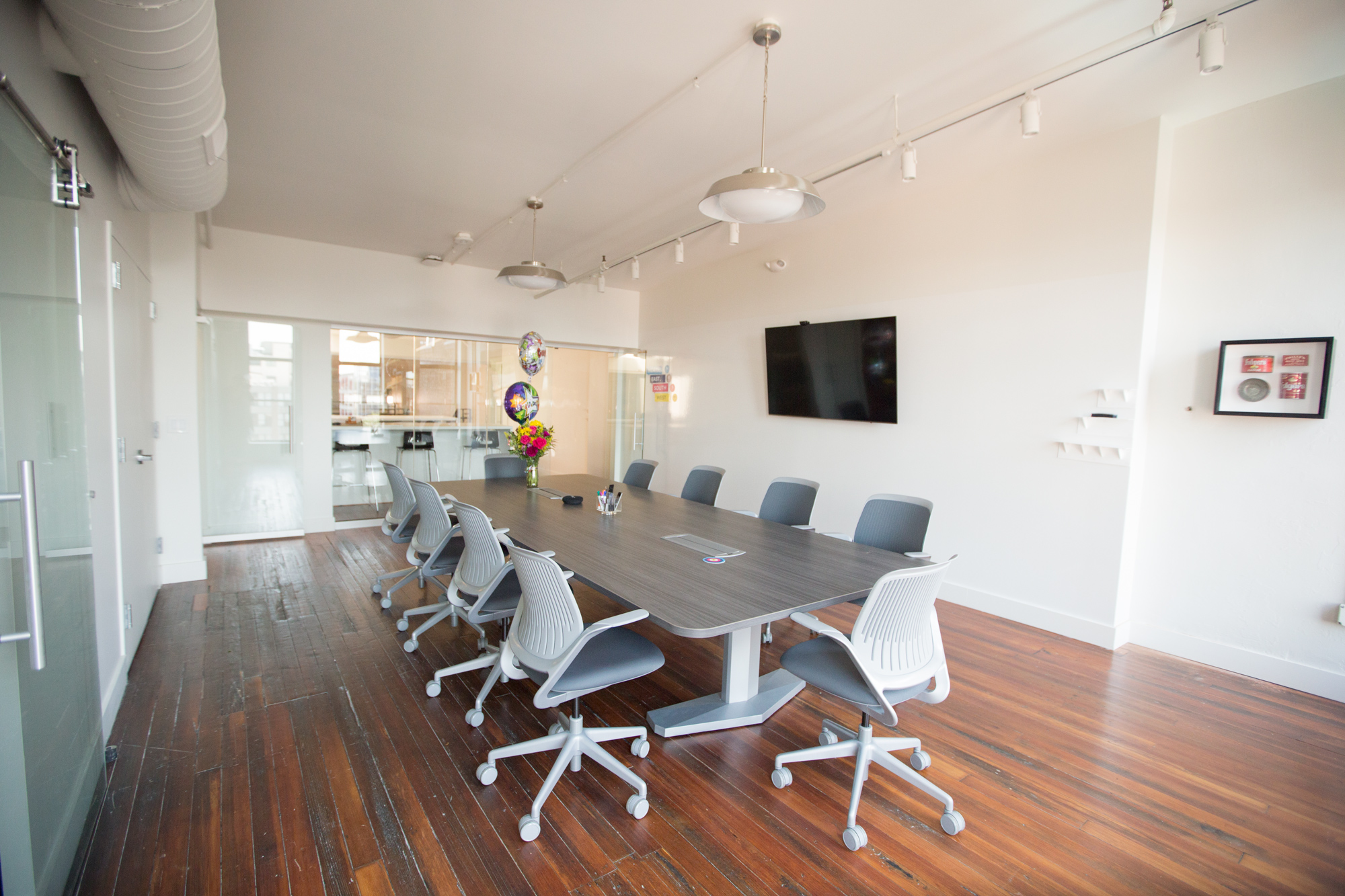 Kaleidoscope is the firm where strategists, designers, and makers work together to not just develop ideas, but build them—conceptually and physically. And it starts with an immersive understanding of your business challenges, objectives and consumer POV. Experience it for yourself.
Get In Touch