THE RISE OF HALAL 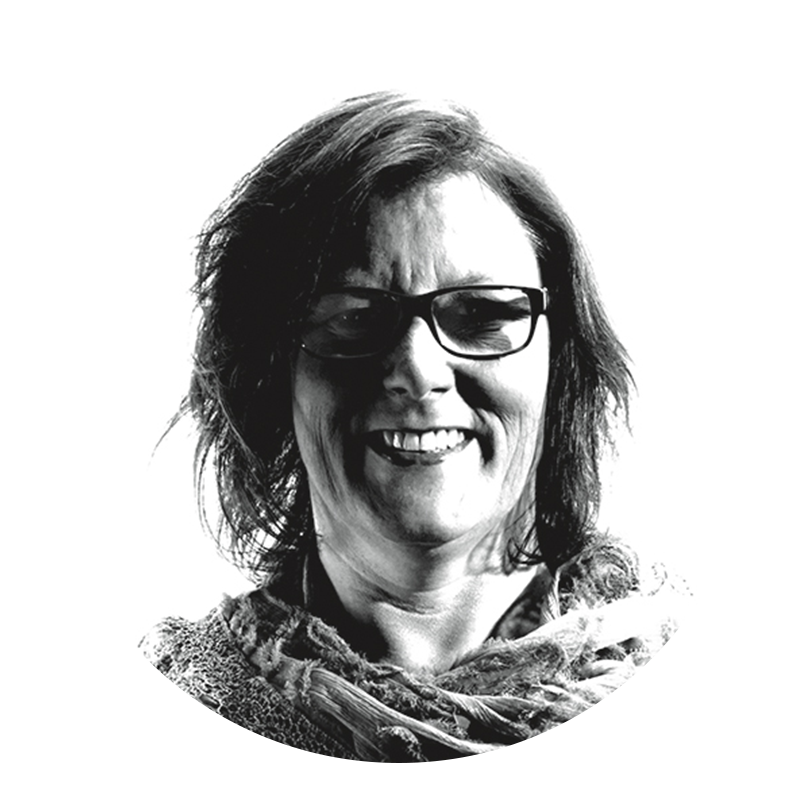 An Insight From Afar
This year I was fortunate enough to attend the Gulfood Expo 2019, the 24th edition of the world’s largest annual food and beverage trade show in Dubai, UAE. Gulfoods is intimidatingly huge, with numerous halls, an estimated 5000 global exhibitors, and approximately 98,000 visitors spread out over five show days.

As I made my way around the bustling halls through crowds of visitors, it dawned on me that not only was there a diverse array of products being showcased from around the world, but how wide the variety of halal certified items were. It was clear that manufacturers both large and small were catering to a significantly wide audience and Gulfoods was definitely an amazing platform to help forge new trade relationships. As I took in the vast amount of halal offerings at Gulfoods, I began wanting to learn more on the topic.

The halal industry is not just centered around food and beverage; it is a sector that is rapidly evolving, as an ever-increasing amount of products and categories become more widely available and new ones continue entering the market.

Aside from the expected F&B categories, 2016 saw the introduction of a halal hotel that opened in Bangkok, Thailand to cater to Muslim tourists. Other categories include cosmetics, pharmaceuticals, Islamic finance, pet food, plastic containers, and even appliances – Sharp Electronics introduced a halal fridge in Indonesia. According to reports by Reuters, halal is growing into a multi-trillion-dollar global industry.

There are specific countries leading the way in terms of promoting halal. Turkey hosted the World Halal Expo in 2018, and there is definitely a lot of competition from neighboring countries. Saudi Arabia has announced plans to launch the world’s largest center for halal food and products; markets are also emerging in Oman, Bahrain, and Kuwait, as well as Africa, Europe, and Malaysia (home to 65% of the world’s Muslims). A study through Mintel demonstrates significant growth in Indonesia (approximately 300% increase in halal products within the last 10 years). The Asia Pacific Region actually leads the market with almost 70 percent of Halal specific products compared to the Middle East, Africa, and Europe. 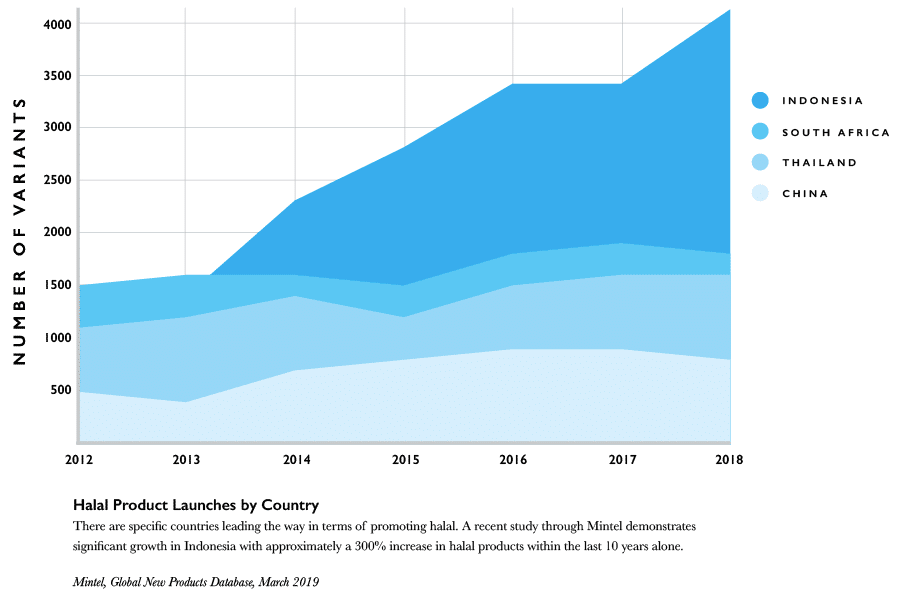 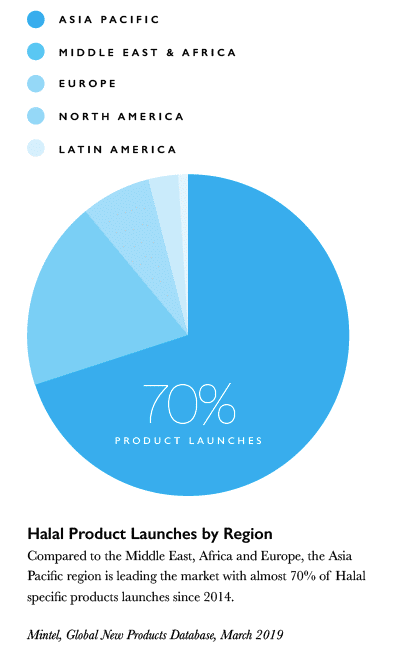 Halal means ‘permissible’ or ‘lawful’ according to Islamic law and the Quran, while ‘Haram’ products that are not in a state of pureness are regarded as ‘forbidden’ in Arabic.

The animals must be of good health, as Muslims are taught that all animals must be treated respectfully, both prior to and during the slaughter. They are fed and watered before the sacrifice, and it is not permissible for any other animal to bear witness to the killing. Typically the animal endures less pain through the halal specific slaughter process, which is carried out by a trained slaughterman. The animal is slaughtered by having their jugular vein cut with a very large, sharp knife; the blood is then allowed to drain away, as Muslims are prohibited from consuming the blood of any animal.

So how does Halal differ from Kosher?
The word “Kosher” is Hebrew for “fit” or “appropriate.” It describes the food that is suitable for Jews to eat, and is similar to the word halal. The main difference between Halal and Kosher slaughter procedures is that the Jewish dietary law and beliefs called ‘Kashrut’, the name of God does not need to be invoked prior to every animal being killed after an initial prayer or blessing.

Strict Regulations and Certification
To be classified as halal there are requirements and strict regulations that every company has to follow.

Products are considered halal when animals are slaughtered as per Islamic rites, products are free from components that are prohibited, and products are processed using permitted machinery and pass inspection.

There are several steps required to obtain a halal certificate. Audits of the facility and machinery; observation of the production; inspection of the ingredients used, handling, packaging and overall process must all occur before a decision is made to authorize a halal certificate. Once the certificate has been issued, the company can then use the specified halal mark on their packaging and would be under annual surveillance to ensure compliance is met before the renewal procedure starts again the following year.

In the UAE, Dubai was one of the forerunners to implement regulations including halal certifications and logos. Every product claiming to be halal needs to declare the national halal mark (accompanied by an issued certification) which was introduced in Dubai by ESMA, Emirates Standardization and Metrology Authority. Regulations which were initiated by His Highness Shaikh Mohammad Bin Rashid Al Maktoum, Vice-President and Prime Minister of the UAE, Ruler of Dubai.

Registration and certification of regulated products through ESMA is mandatory by law before launching, handling, or selling any Halal products within the UAE. ESMA certification standards are considered the global benchmark for halal operations worldwide.

As I probed a little deeper into the certification process, it was surprising to see that most countries around the world had adopted their own halal mark – sometimes even multiple marks per country!

Supply and Demand
Globally, Muslim populations are increasing; according to a report by CNN, “by 2040 Islam could be the second largest religion in the USA,” and there will undoubtedly be a rise in demand for halal products to meet the needs of these growing religious communities.

The halal sector is witnessing significant growth in both Muslim and non-Muslim countries across the globe. There has definitely been an increase in awareness of halal, but as many countries seem to be adopting their own certifications, will there eventually be a need for a more unified global certification process? It won’t be easy for regulatory bodies to monitor – particularly with the rise of processed ingredients, the complexity of foodstuffs, and the import and export of foods globally. All of these factors are inevitably going to present significant challenges for halal certification on a global scale.

As I mentioned previously, the Gulfood 2019 Expo showcased a vast array of halal products; one can only imagine how many new partnerships were made during the 2019 Expo, and as a consequence how many new items are currently being developed to enter the market in the next couple of years. With the Dubai 2020 Innovation Exhibition drawing closer and closer, are we to expect an influx of innovative halal products? Maybe all will be revealed at the Halal World Food, a show-within-a-show concept that will be returning for its 7th edition at Gulfood 2020.